Svetlana Stone is from Liepāja, Latvia, a scenic town on the Baltic Sea. As a girl, growing up along the beautiful Baltic coast, she loved walking along the beach in the summer sun, enjoying the cooling sea breeze. Daydreaming about life ahead, she never imagined discovering a passion for singing jazz. Walk with Svetlana as she rekindles her

Svetlana Stone is from Liepāja, Latvia, a scenic town on the Baltic Sea. As a girl, growing up along the beautiful Baltic coast, she loved walking along the beach in the summer sun, enjoying the cooling sea breeze. Daydreaming about life ahead, she never imagined discovering a passion for singing jazz. Walk with Svetlana as she rekindles her passion through these songs, bringing to life memories of her beautiful home town. 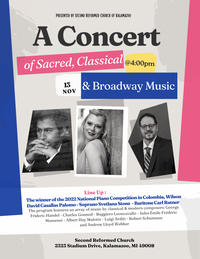 A Concert of Sacred, Classical and Broadway Music 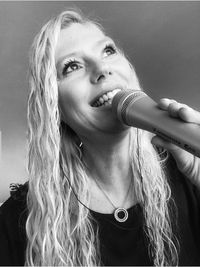 An Afternoon of Jazz

Please join us for "An Afternoon of Jazz". Svetlana Stone will be performing a selection of songs from her debut jazz album "The Girl from Liepāja". She will be joined by Lisa Sung on piano, Tom Knific on bass, and Josiah DeNooyer on drums. There will also be a Special Musical Performance with Wilson David Casallas Palomo. A small reception will follow the performances. This event is free of charge, presented by St. Joseph First United Methodist Church.

BACKSTORY: Svetlana blends her classical training with the energy and expression of jazz to create a unique sound, influenced by her homeland, her adopted homeland, and love of American culture. To celebrate this newfound synergy, Svetlana Stone has recorded her DEBUT JAZZ album The Girl from Liepāja.  It was released for purchase and streaming December 21, 2021

PASSION AND INTERCULTURAL EXPRESSION: Jazz has given Svetlana a new freedom to express the cultural connection through her life’s experience between Latvia and America. Her goal is to promote cross-cultural connection and artistic diplomacy between American and Latvian culture through the uniquely American art form of jazz.

ACCOMPLISHMENTS: Svetlana is a Latvian musician, singer, songwriter, journalist and producer of a new show, Artist’s Voices, raising awareness about the support artists need to succeed and the diverse skills needed behind the scenes. As a classically trained singer, she recently began to immerse herself in jazz. These styles represent the two cultures that have impacted her social experience and ignited her musical passion. Svetlana is a unique artist who sings in many languages, styles and genres including opera, jazz, pop, gospel, folk and contemporary Christian music.

Svetlana was awarded 3rd prize in the Michigan Chapter of the 2022 National Student Competition, singing in the Adult Mixed Vocals (Classical and Contemporary Singing) categories hosted by the National Association of Teachers of Singing (NATS) at the University of Michigan in Ann Arbor, MI. In  April 2022 she was elected a member of the National Music Honor Society of Pi Kappa Lambda by the Beta Sigma chapter for her superior academic accomplishments, her outstanding musical and artistic achievements, and her leadership in musical endeavors and careers. She is also a member of the Western Michigan University Gold Company, an internationally award-winning vocal jazz ensemble.

In 2021, she received the Ella Fitzgerald Charitable Foundation Scholarship and worked with the New York Voices, coached by world-class musicians such as Kim Nazarian, Lauren Kinhan, Darmon Meader, Greg Jasperse, and Peter Eldridge. She was also invited to the XIV International Latvian Young Musicians Master Class, "Mūzikas interpretācija mūsdienās" and honored to work with Inga Slubovska-Kancevica, one of the leading singers of the Latvian National Opera. She recently performed at the first U.S. Latvian Song and Dance Festival in Minnesota in Summer 2022 as a member of the Latvian choir of Kalamazoo.

A MESSAGE from the Artist

I believe it is important to educate and bring awareness to people that jazz is not just beautiful music.  The historical foundation of jazz is a story of victory over oppression that promotes peace, freedom of expression, and diversity. Jazz is a uniquely American art form and a powerful tool for cross-cultural connection and artistic diplomacy that has the power to unite people.

Since childhood, I have been captivated by the magic of music! I love to sing and I believe that music has the power to bring people together, a necessity during times like these when people are struggling. Music can also help enrich people spiritually, heal them, and direct their thoughts and actions toward the positive aspects of life. We have something beautiful to share: our culture, art, feelings, friendship, and common humanity and appreciation of our differences. It does not matter what language we speak or what we look like - we are all human beings. This is the message I wish to express through my singing. 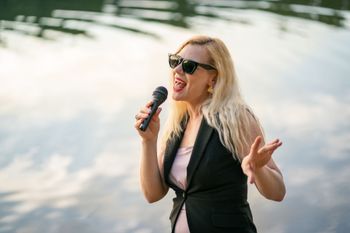 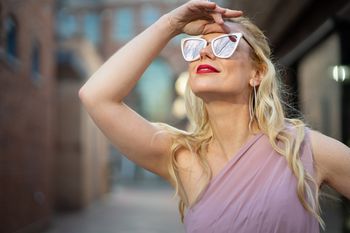 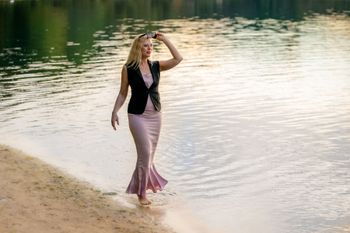 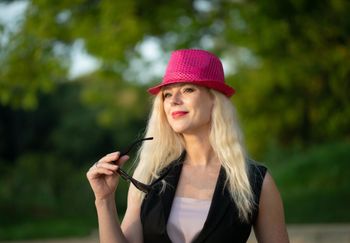 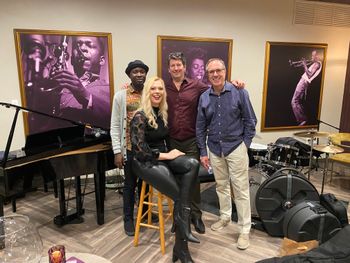 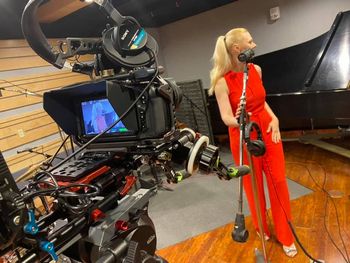 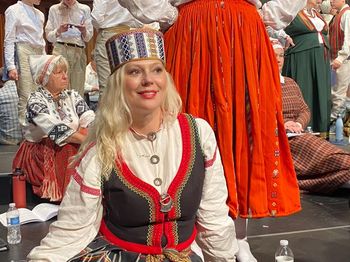 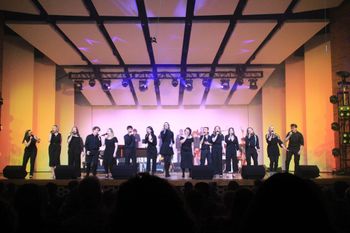 Thank you for supporting Svetlana!

Enter the amount you wish to donate